So I dunked the spare carb I found in the garage last week into a tub of Simple Brown (thus named because it previously was used to clean one of the Thermoquads) and let it soak overnight. I was curious to see what it was because A. I can barely remember where it came from, and B. I wondered if it might be a simpler 4-barrel replacement for the Thermoquad I’m currently running. I scrubbed it off with a toothbrush this afternoon to reveal the stamping number, which identified it as a Holley 2100C for a ’73-’75 IH 304/345 gas motor. Doing a little digging online and in my brain, I remember that these were not highly regarded carbs, and the garb guru I remember from the Chewbacca era describes it as a smogged carb with limited parts availability, which is a double-bummer. So I’ll probably fool around with it for a while and see what makes it tick, and then toss it in with the other junk parts. The next one to identify is the one on the spare 345 out in the garage—actually, maybe I’ll swap these two out so that I can bring that one in here and clean it up.

This is the clearest and brightest the dash lights have ever been. The two side indicators did come on last night but seem to be blinking on and off, which leads me to believe there’s a bad ground or connection somewhere up the chain in the dash wiring. The hi-beam indicator works, but the right turn signal and 4-wheel drive indicator are still out—and I know they’ve both worked in the past—so I’ve got to clean the connections on the bulbs and see if that solves anything.

Santa delivered a new stereo with built-in Bluetooth yesterday, so I’ve got another date with the dash pulled out planned before it gets too cold, and I can adjust things then.

I did it again. Apparently I’m so happy to get out into the real world, I’m ignoring posted speed limits. 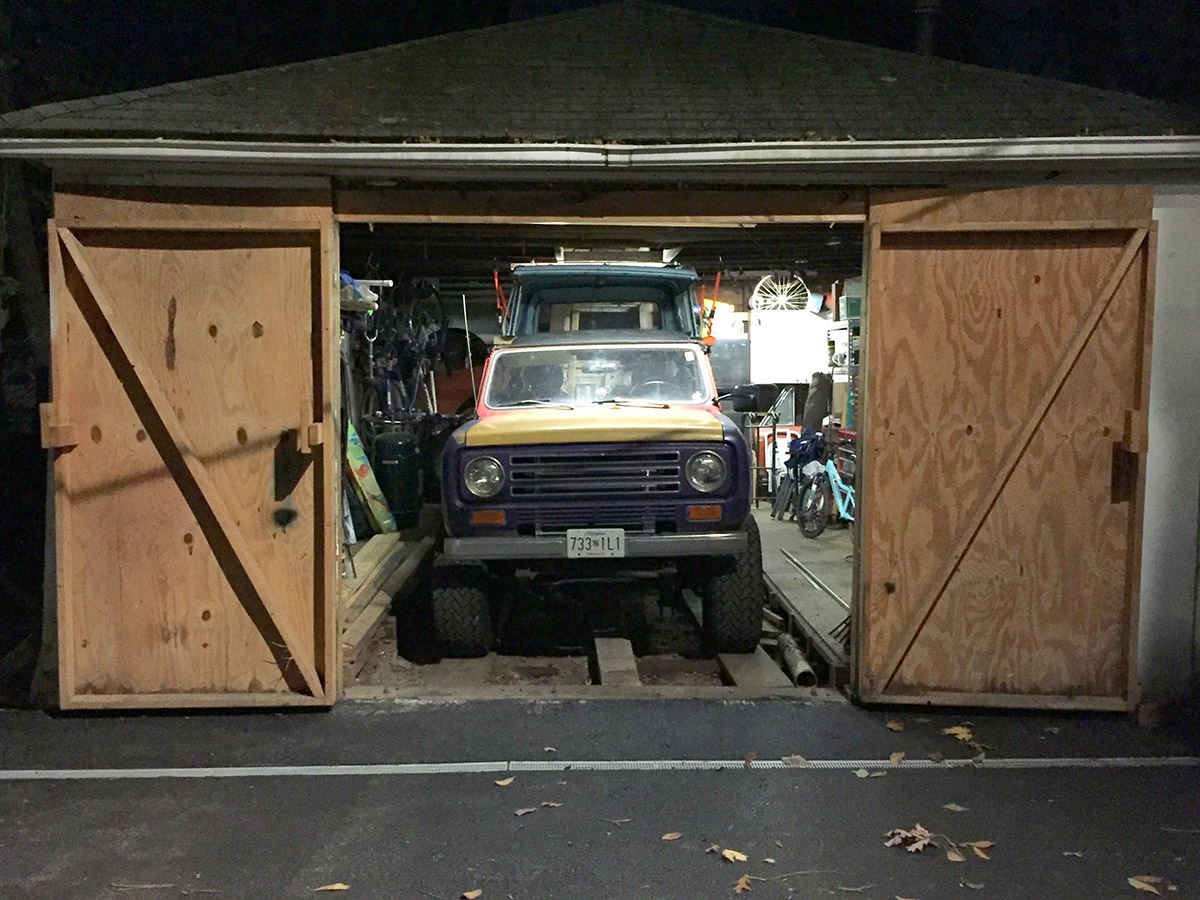 Amazing what a little pavement will do to clean things up. Now I gotta clean up those doors… 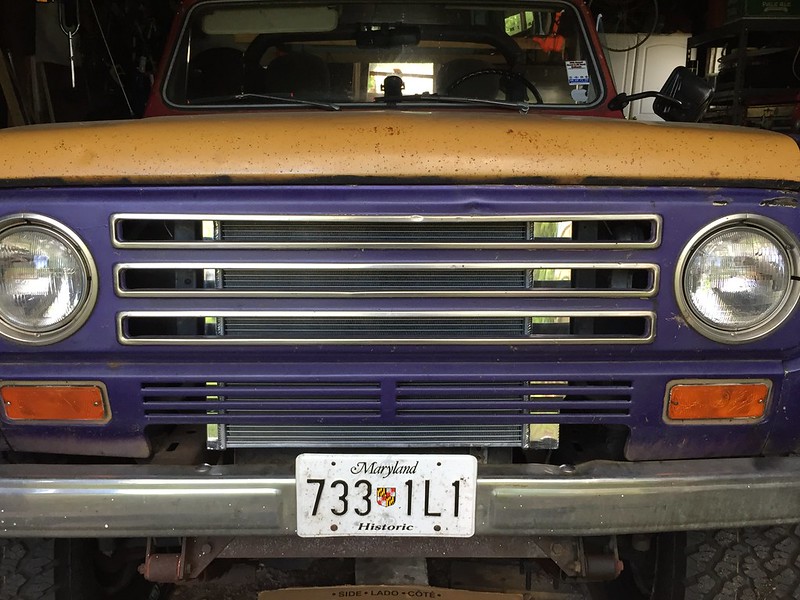 It’s the cleanest thing on the Scout, and it’s hidden in the engine compartment.

I got an email out of the blue two weeks ago from a man in New York who asked if I still had my Scout, and would I be interested in renting it out for a day’s photo shoot in Annapolis? intrigued, I called him back, verified he was legit, and sent him a link to my Flickr feed in the hopes that they would follow through and use it. (He said they had pictures of my truck on file with my contact information. !!!)

I didn’t hear back from him last week, which leads me to believe they didn’t like the looks of my truck—but, then again, it rained all last week…

There’s another major IH event happening on August 10 in Fort Wayne, Indiana, where the original Scout plant was located: the Harvester Homecoming was just announced, where you can drive your Scout on the grounds of the original plant and meet up with other owners. This is an interesting idea, but I’m already committed to IH Nationals the following weekend.

Hmm, I just realized I never mentioned what happened with my steering caster upgrade. Short answer: nothing. The guy I brought it to had it for about three hours while I hung out in a Starbucks across the street. When I walked back over, it was parked on the side and he sheepishly told me he couldn’t budge either ball joint stud no matter how hard he tried. To his credit, he backed off, afraid he’d break something, and didn’t charge me anything for his time. Looking over both knuckles I didn’t see much evidence of an attempt, but whatever.

He recommended bringing it to the local 4×4 shop to see if I could have someone there work it over for me. This thought made me nervous for several reasons; I get the sense most of these shops are staffed by 22-year-old vape bros catering to guys who want to bolt aftermarket crap onto their shiny new Jeeps.

At the Scout meetup later that week I got to talking with one of the guys who knows a local mechanic who used to work on Internationals, and he suggested I get in touch. This week I’m going to follow up with a phone call, looking ahead to an appointment in the spring. Because while he’s working on this stuff, I’ll have him go over the whole front end and check it for wear.

My intention this afternoon was to take 20 minutes to replace the ancient 1970’s era speaker under Peer Pressure’s dash with a new one. A few weeks ago I some cursory research on the interwebs and someone claimed the stock speaker was 4×10″, so I ordered an inexpensive replacement online. Today I pulled the old one out, and it turns out I was wrong (a quick trip into the garage to look over the two spare dashboards I have would have confirmed this): it’s 4×8″, a very unconventional size for a speaker. RetroSound has replacements for $100+, which is more than I care to spend, or there are some cheaper alternatives which are intriguing (and, strangely, listed as OEM replacements for Case/IH equipment). For now, I’ll return the new one this week and come up with another plan.

And, just to prove I am not a complete philistine, I pulled the fiberglas inserts down out of the garage attic and stuffed them into the Scout this afternoon.