As shown in the time-lapse I posted earlier, we made some serious progress on Bennett’s injection project. Brian stopped by my place at a little after 8, chilled from a top-down ride over the bridge in the white Scout, so I made him a cup of coffee and we got him warmed up before humping a cabinet up into the new bathroom and then hitting the road. 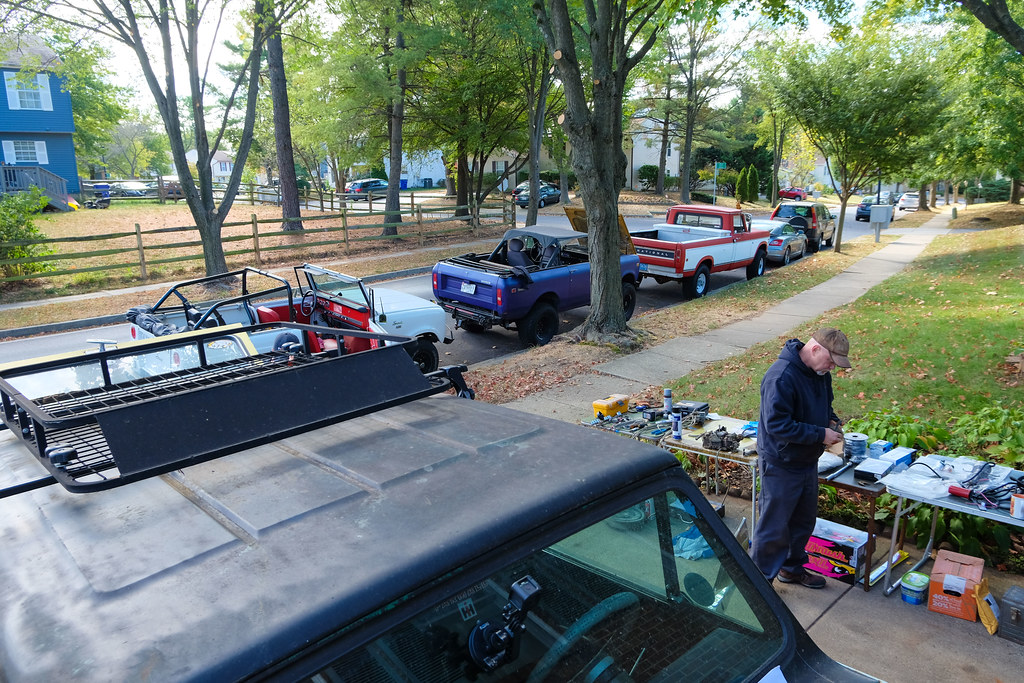 Bennett had an array of tables set up in the driveway with Brian H, and they’d organized parts but waited for us to arrive before tearing anything down. 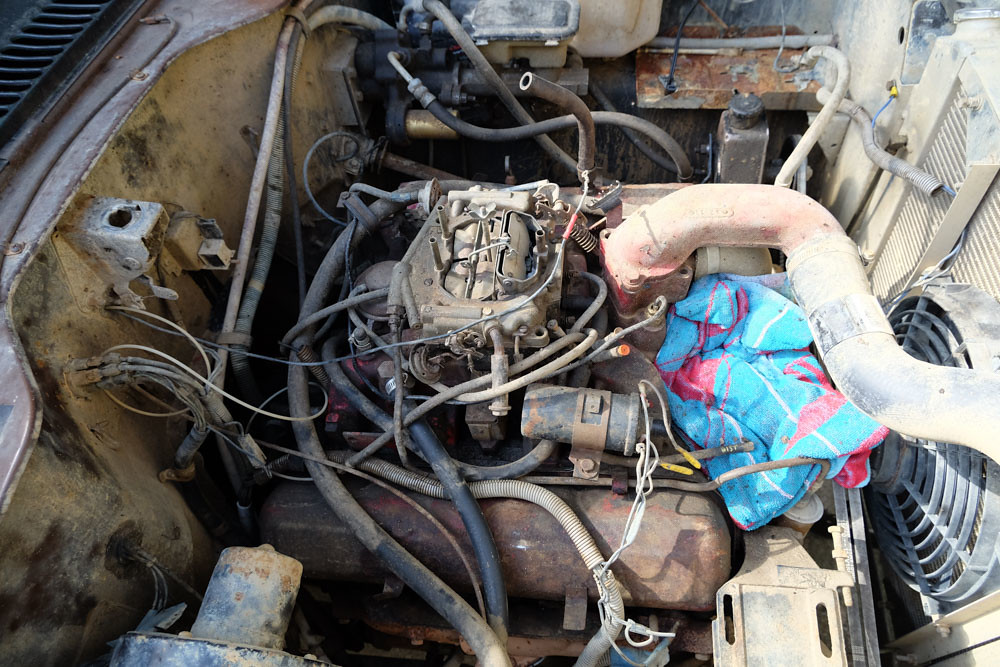 The Brians crawled under the truck to start dropping the tank while Bennett and I looked over the instructions for the carb and began yanking hoses and linkage off his mud-caked Thermoquad. 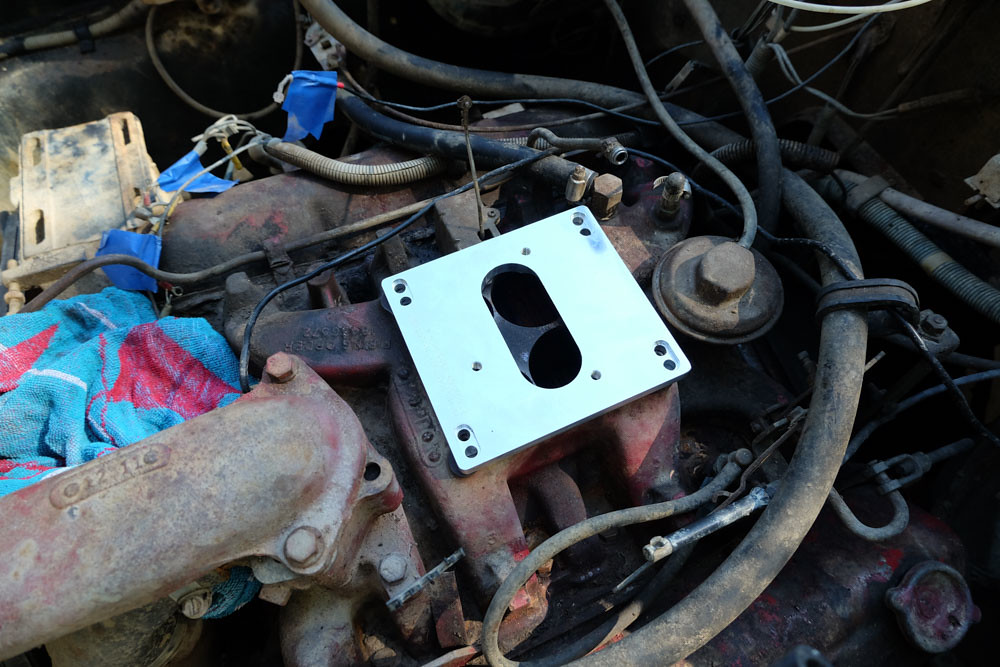 Soon we had the intake open and clean and started test-fitting the mounting plate, got the new throttle-body mounted, and started working out the wiring. 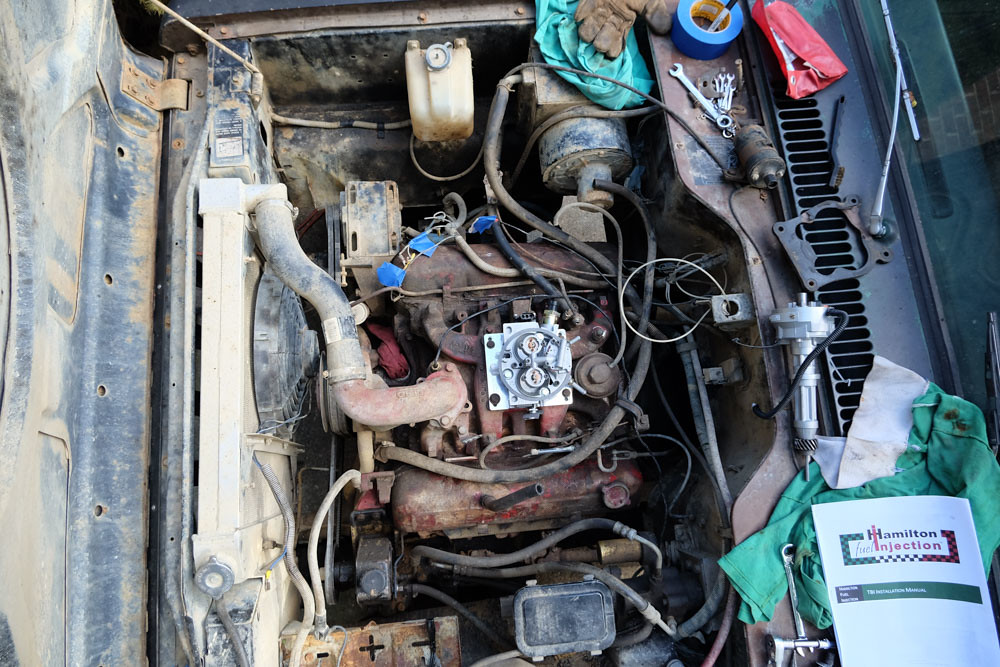 In back, Brian braved buckets of mud and rust falling into his eyes to get the tank dropped and mount new hoses, then installed the fuel pump under the driver’s door. 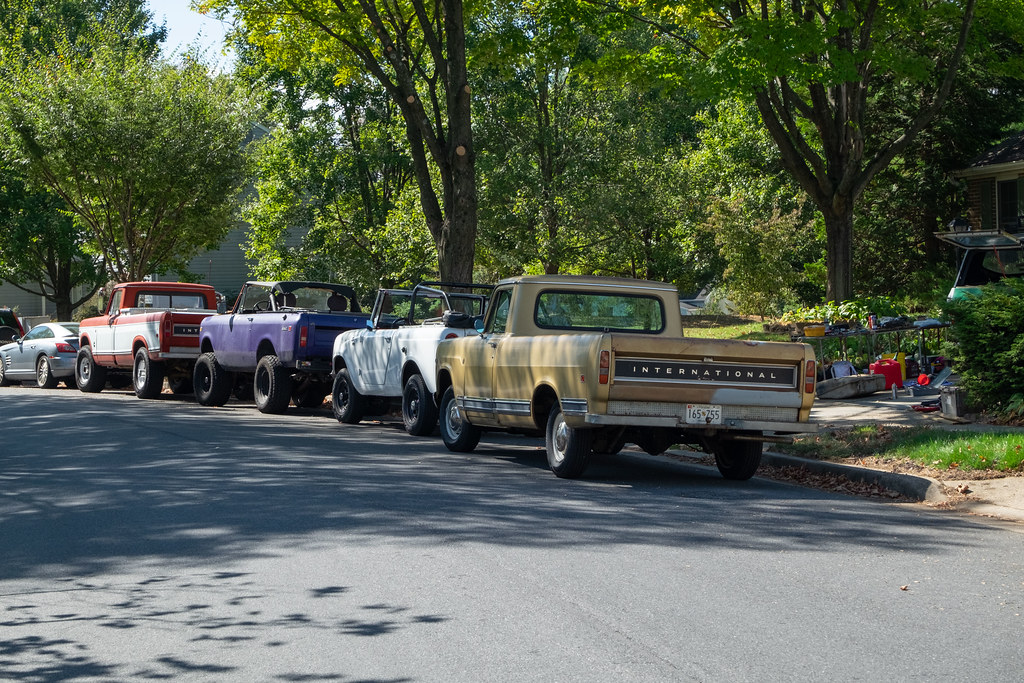 After a quick lunch, we got back at it and re-hung the fuel tank while Bennett drilled a hole in the firewall to pass the new wiring loom through to the glove box. At about 3 Brian and I had to head out so that we could make it to the junkyard before closing, but we left Bennett in good shape with most of the heavy two-person tasks complete (re-mounting the fuel tank is a pain in the ASS).

At the junkyard, we were looking for an electric steering motor from a Prius, a Versa, or a Kia Soul to modify the manual steering he’s got in the white Scout. Crazy Ray’s was bought by a national conglomerate a while back (it’s been a year or two since I’ve been) which means they now have an app that lists the inventory at all of their yards (!!!) and the stock is all lifted up on welded steel rim jack stands. They’ve cleaned up the operation a ton and it’s much easier to find things nowâ€”they even provide rolling engine lifts.

We found the one Prius in the yard but the motor was already gone, so we moved on to the Versa. After some digging under the hood (I figured it would be at the end of the steering shaft in the engine compartment) I was ready to give up but Brian looked under the dashboard and realized it was integral to the steering column. Once we figured that out it was an easy thing to tear down the dash and pull the unit out.

We made it out of the yard at closing time, said our farewells, and headed home. Turns out we left some of the required parts behindâ€”we needed to grab the control module and something else, so he’ll have to go back and grab those things this weekend.

One Response to Injected