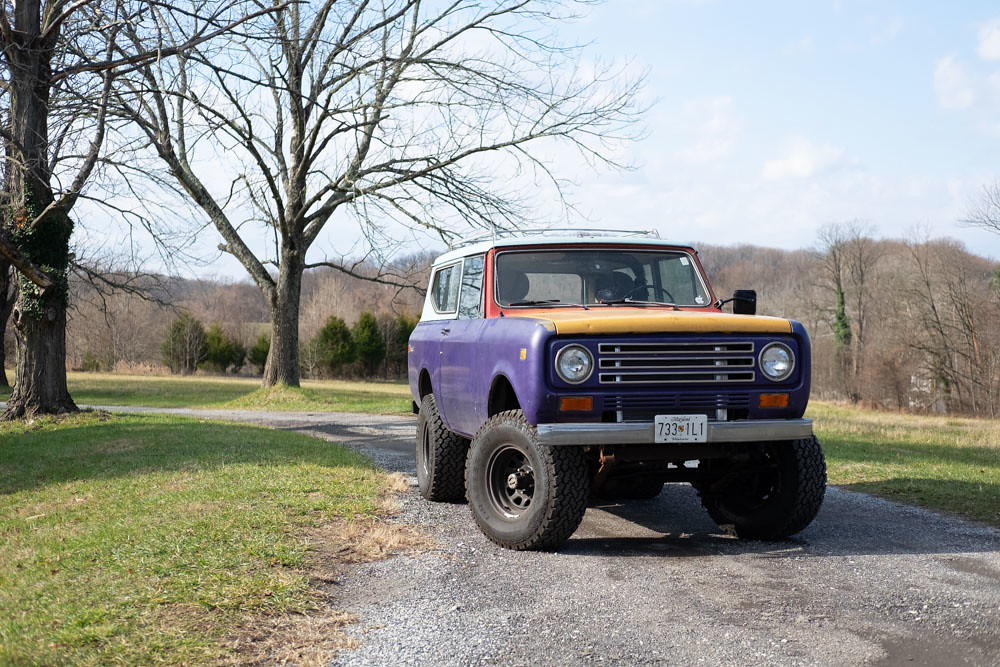 I took the Scout out on errands Sunday before the first snow of the year. The weather was in the 50’s so it was good to get outside in the sunshine. I used the last of my starting fluid to wake her up so I thought I’d stop off at the auto parts store to pick up some more. When I came back out and cranked her over, the battery decided it was too tired to go on. I guess after 11 years I can’t complain too much; it was a bargain battery anyway.

$150 later, I put a new one in place of the old, hooked the terminals up, and she roared to life with vigor. While I was out, I got three thumbs-ups, a honk and a wave, and two guys telling me they love the Scout.