Saturday morning I made a pile of hash browns for the family, cleaned up the kitchen, and ran a bunch of tools out to the garage to get a long-awaited project started: installing a new aluminum radiator. 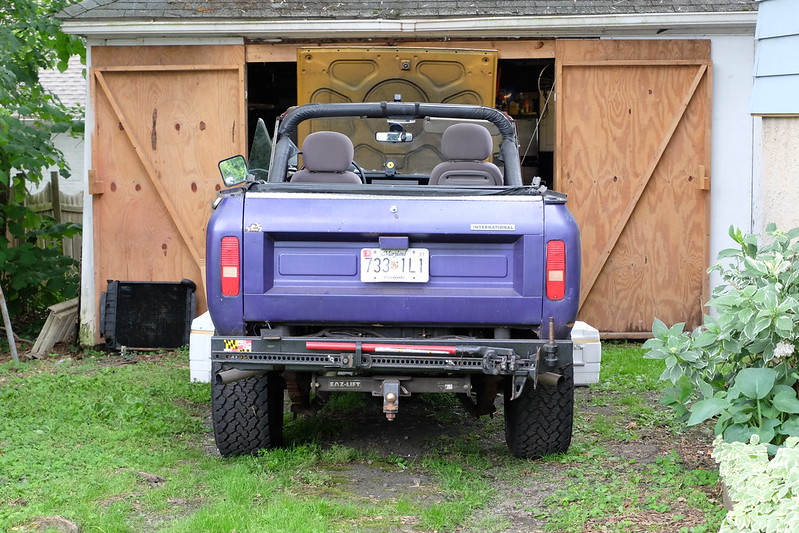 I’m always conscious of starting projects that I might not be able to finish in a weekend, and this time I was under the added pressure to getting it done by the afternoon, because we had family plans for Sunday. Additionally, I’ve got an appointment next Saturday across town to have the caster correctors installed, so I wanted to have everything road tested and ready. I have anxiety about having a broken-down truck sitting in the driveway with an appointment on the horizon. 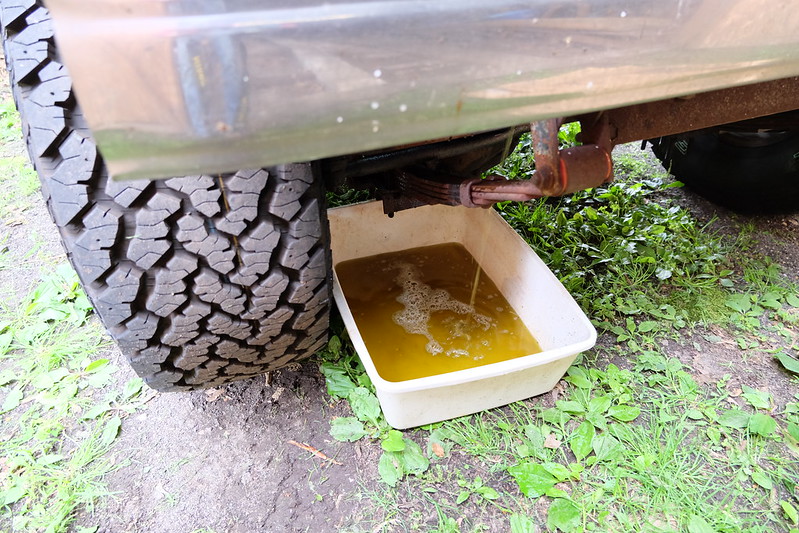 First, I drained the coolant. It came out relatively clean, a little milky from age but not black. I got about two and a half gallons out from the stopcock and the lower rad hose into an old cat litter pan. Then I pulled the lower hose and the upper hose, disconnected the shroud mount and pulled that apart into two sections, and loosened the body bolts. Everything came off smoothly; nothing needed PB Blaster (although I used it) to get started, which was a blessing.

Once that was done, the old radiator came out easily. The bottom was getting corroded but it wasn’t as bad as my spare, where the bottom rail is disconnected from the frame. 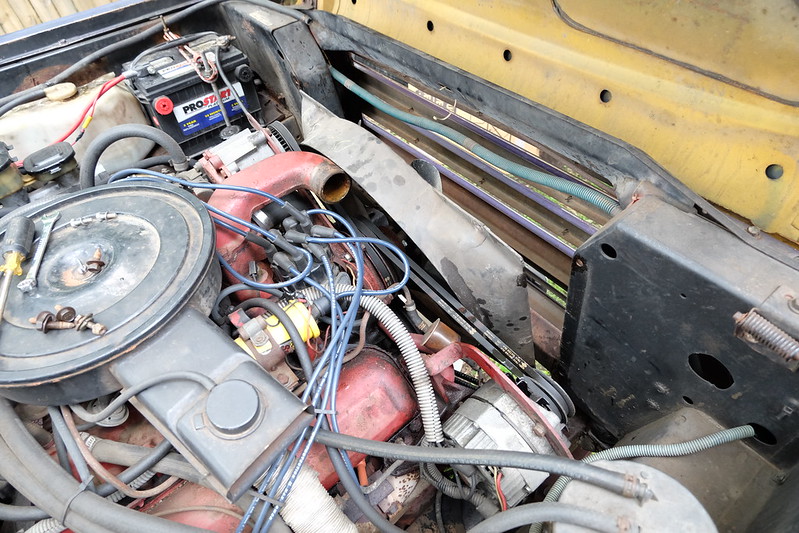 Then I pulled the new one out of the box and slid it right in place—this time I stood and straddled the fenders to drop it in from the top. Hand-tightening the body bolts, I put new hoses on above and below. The lower hose needed a 2″ trim to avoid a bad kink in the bendy section but other than that they both slid right on. Next I hooked up the overflow tank for the first time since I’ve owned it: the old radiator was missing the brazed nipple on the cap valve. Then I installed and adjusted the shroud mount and shroud itself, tightened the body bolts down, and checked all of the fittings.

The only thing I didn’t have were two blockoff bolts for the automatic transmission inlet/outlet, so I ran around town to find a set and found them at Advance. They’re brass but I wrapped them in Teflon tape and tightened them into place. 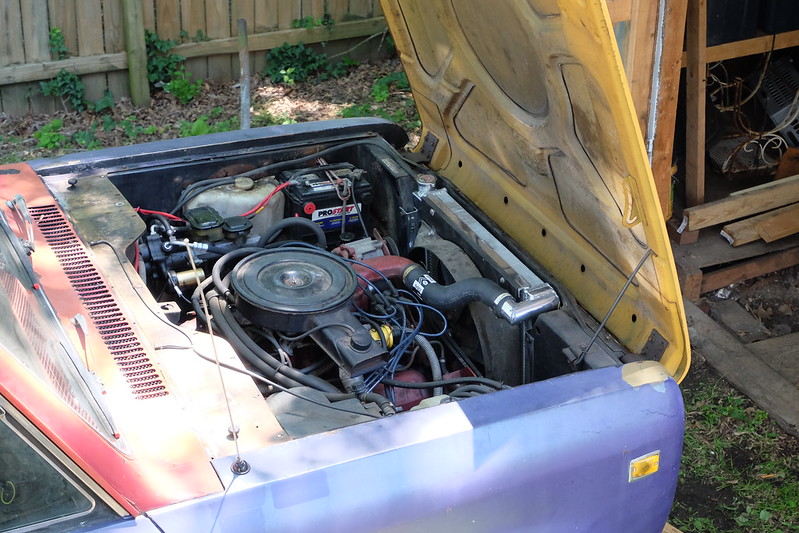 Finally, I put about 2 1/2 gallons of new 50/50 antifreeze in the system, topped off the overflow tank (I need a new one, because the plastic mounting brackets have both snapped off), said a prayer, and started her up. I idled in the driveway for 15 minutes, pausing only to cap off the radiator once the bubbles stopped, and let her get up to temperature.

I had to stop at that point for dinner and other family stuff, so Sunday morning I took a 20 minute ride around the neighborhood to shake the hoses around and see how things held up. I chose a route that featured lousy roads (there are no shortage of those) and lights to stop at and some long stretches and banged her around a bit, and I didn’t see any leaks or steam. The temp gauge stayed pegged to the left side of the horizontal bar. Success!

Should I have flushed the system while I had it open? probably. In the fall I’ll have Jiffy Lube do it for me when I get the oil changed. Could I have saved money mixing antifreeze myself? definitely. But I was in a hurry and I had nothing else to mix it in.

Special thanks go to my pop, whose tools I inherited, which made everything much, much easier. Happy Father’s Day, Dad.

One Response to Operation: Radiator