Not much to report on the Scout front, other than just getting things done. Last weekend we were out at the Home Depot hauling mulch and soil. This weekend we were…out at the Home Depot hauling mulch and soil. Before that, though, we made two trips to the dump with the remains of the greenhouse foam and plastic, as well as two barrels of trash and assorted wood. There will be another two dump runs made next week because I’ve already filled the barrels again. 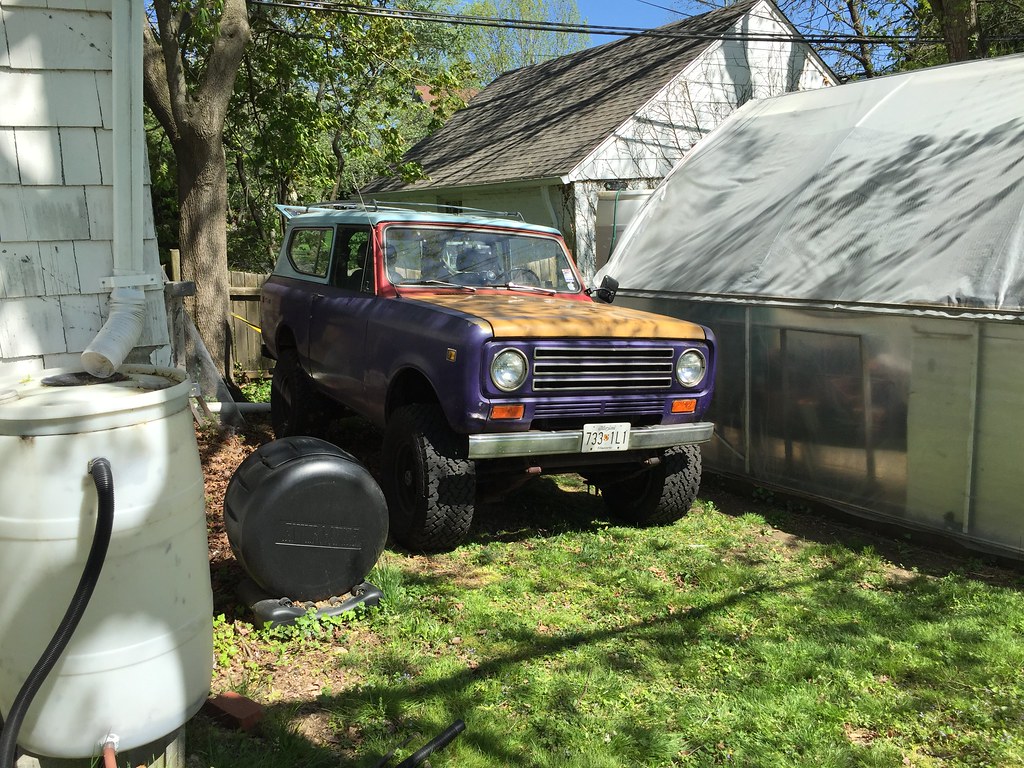 I also took advantage of the fact that our new neighbors haven’t moved in and drove across their back lawn to straighten up the fenceline on the other side of our house. When the fence was put in, they poured concrete footers about 3″ deep and drove the posts the rest of the way into the ground. That was probably 20 years ago, and several of the posts were sagging. I threw a tow strap on them and pulled them upright, then drove wedges alongside and underneath, and got them to stand upright again.

She’s running well but I’m more and more concerned about the steering, so I want to move the timetable for getting it fixed sooner than later. The weather is getting warm and I’d like to get the traveltop off, but I don’t want to do that until she’s been over to the alignment shop and back, considering they’re on the other side of Baltimore and it’ll most likely be a couple of days to have the work done. I’ve been waiting on cashflow to pull the trigger, but March-April bills have been killing me. Hopefully May will bring a little extra cheddar to get this done.

I did take about 15 minutes to break down the dashboard and slap a new 4″x8″ speaker in place this afternoon. I went with the cheaper of the two options and used the feed from the left front speaker. It probably won’t make much difference at 60mph but rolling around town it’ll be nice to hear some tunes coming from up front.