So I did find a welder within easy rental distance, and on Sunday morning, after we were walked and fed, I ran out with Finley and grabbed it, along with some stuff for her fort. When that project was done, I turned my attention to the bumper.

I knew I was going to be getting something not quite as good as Brian’s gas-shielded MIG welder, so I wanted to practice and get things dialed in before I messed up my good metal. This was a Miller 120 wire-fed MIG, so I made sure I had the right thickenesses dialed in and started messing with some scrap on the bench. After some welding and grinding and welding and grinding I had what I thought was the right setting for the machine, and moved out to the driveway where I had the bumper set up on some sawhorses. 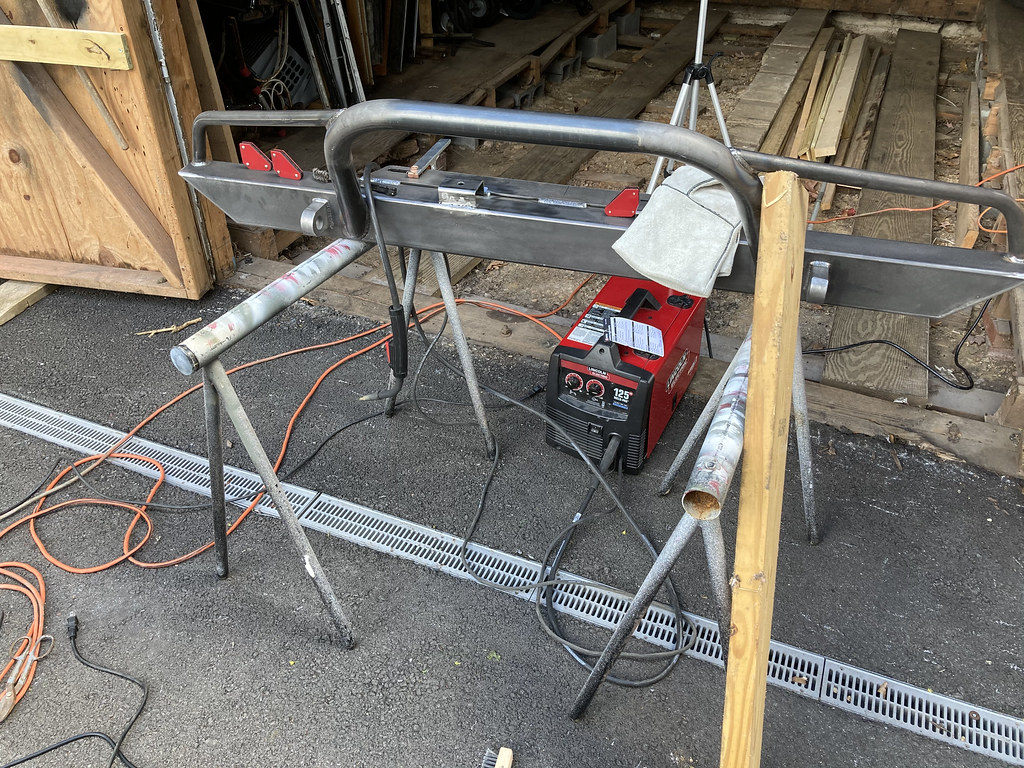 The first bracket went on reasonably well on the front, and I filled the back with about four passes to make sure it didn’t go anywhere. I think I had to do three in front and four in back, pausing to grind and brush between each for clean metal. The second went on a little smoother in the front and I got enough of the back filled to feel comfortable. Let’s be clear, there was a lot of booger and spatter and I missed the joint several times completely. This was not perfect. 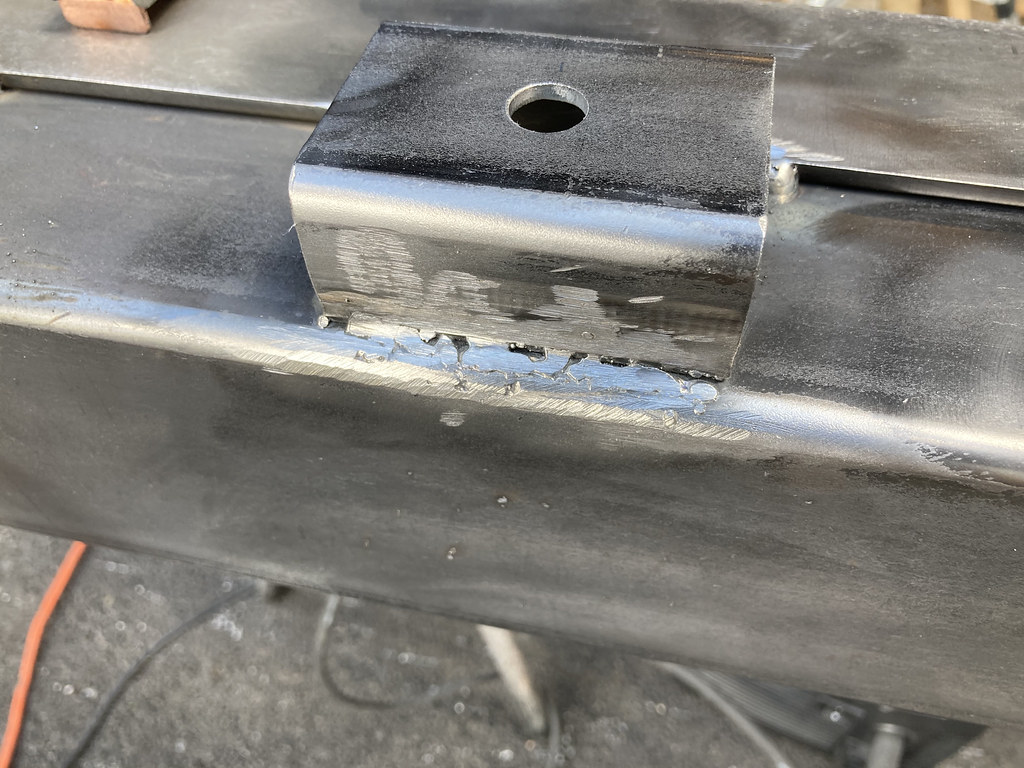 Then I used a stepper bit to drill two holes into the bumper itself (shudder) and then welded two captive nuts to the outside for a license plate directly in the center. Once that was done and cleaned up with the flap wheel, I mounted the whole thing on the truck and test-fit the lights. 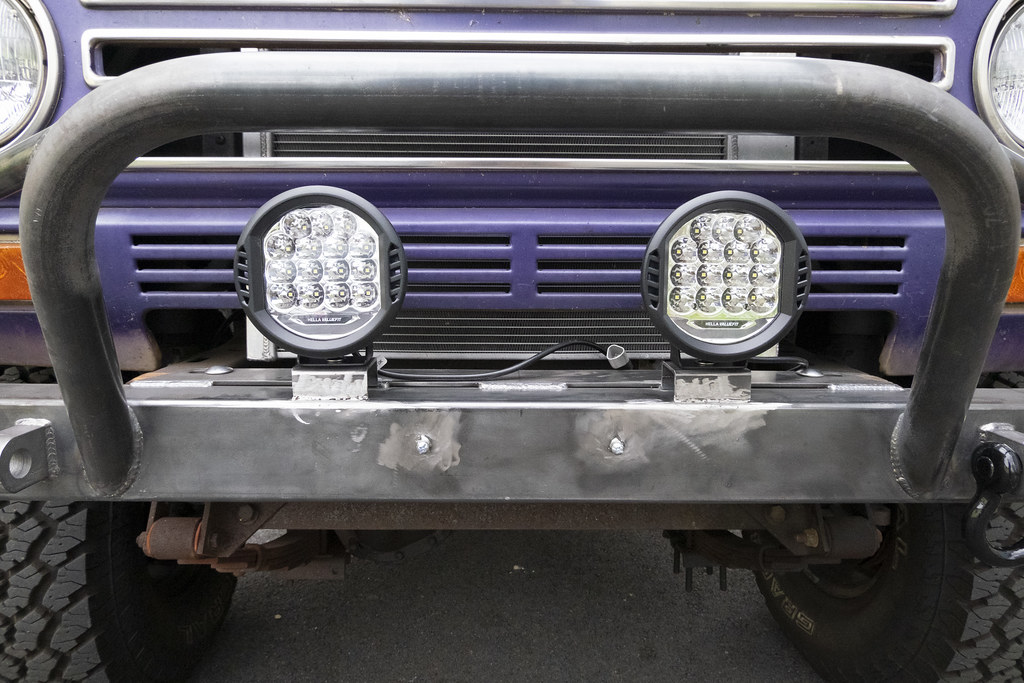 So the next step is to fill the gaps with a little bondo, sand things down, and get ready for paint!

One Response to Bracketry