When the leaves fall and the first real frost of the season hits, I start thinking about putting the hardtop on. There’s nothing more frustrating than installing (or removing) a hardtop when it’s 30Â° outside; banging knuckles on cold metal is a bummer.

I’ve got the process down to a science now, and yesterday it took me about an hour to remove the soft top, fold it up, drop the hardtop down onto the rails, align the gaskets (don’t forget the windshield gasket!), drive it out of the garage, and get the bolts in place. I finger-tighten the four windshield bolts first, and then start with the two siderail bolts directly behind the doors, working my way backwards. It’s always much easier to push/pull the top in the middle to align the holes than it is at the ends. What would have been finished in an hour took an extra 15 minutes because I had to open the tailgate up to re-align the hatch mechanismâ€“something I’ve also got down to a science, as it happens at least twice a year.

She’s been running really well this year, and apart from some basic carb adjustments, I don’t have any complaints at all. I backed her into the garage, set up the trickle charger, and let her sleep until next week with her winter coat.

Building a Scout from Spare Parts 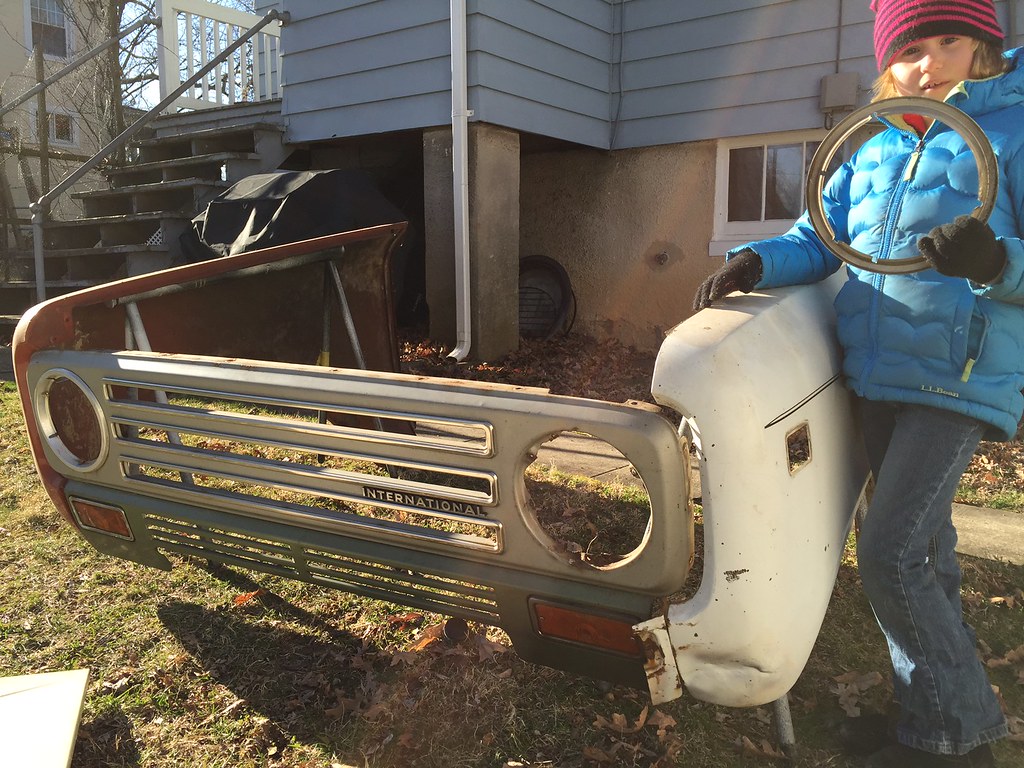 I would’ve put the hood on top but it was too heavy and kept falling inside. The white fender is actually in worse shape than I’d remembered.

I’ve got it down to a bit of a science. But I keep forgetting to check the windshield gasket before I tighten the bedrails down.

Summer is officially over, I guess.

In other news, the weatherseals Mike sent got here last week, but I have absolutely no idea how to install them. I’m going to shoot him a line to see if he can tell me what he did.

I updated the bones of the Scout blog to the same framework I use for Idiotking this afternoon, mainly because this one isn’t mobile responsive and I’ve not touched it in two years. I’ll keep working with the look and tweak things slowly over the next few weeks. Mainly, I’ve got to go back and relink photos to show up larger (they’ll resize on the fly like they do at IK).

Sobering, to say the least. This truck is the spitting image of Chewbacca.

My good friend Brian H. tells me he’d like to move the spare engine he’s got out of his shed, and asks me if I’d like it. Who am I to say no?

…Now I just need to figure out how to get it onto a truck and over here. I wonder if the wooden floor in my garage will hold a ~800 lb. engine? Finn helped me in the yard on Saturday. Her favorite part was playing in the Scout.