One of our local Scout friends sent out a call for help this week via text: he’d located an original International Harvester fridge and was asking if anyone could help him move it from a basement in Woodlawn up to his house in Timonium. Intrigued, Bennett and I answered the Bat-Signal and we made plans to meet up at the house on Sunday morning. 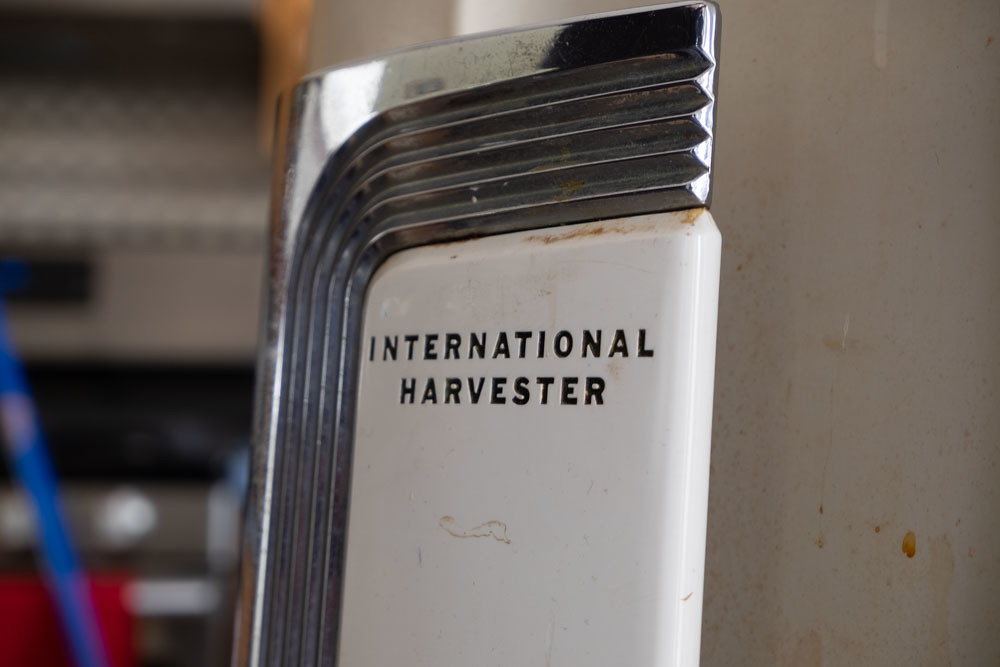 For those that might not know, IH produced refrigerators, freezers, and air conditioners for a short period of time directly after World War II up until 1955, when they sold the division to Whirlpool. (The fridge on Friends was an IH model). The idea was that they would use their existing distribution channels to sell products to rural communities that had just been electrified, which is pretty clever, actually. 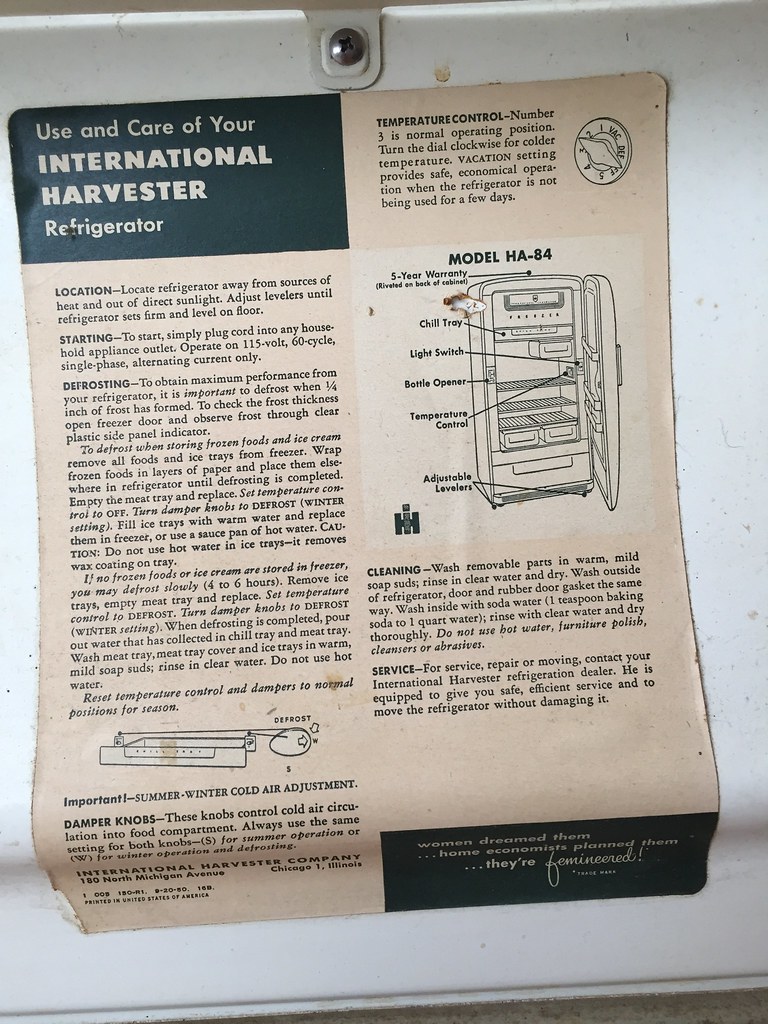 Bennett picked me up in Heavy D and we met Stephen in front of a 1950’s saltbox off Liberty Road. The house, and neighborhood, had clearly seen better days, but George, the owner, welcomed us inside his cramped, neat little house and led us down to the basement where we found our subject: a 1951 Model HA-84 refrigerator in very good condition, lined up against a wall. After measuring the doorways and the unit, I found a way to remove the door and we pulled all of the interior parts out. All either made of enamelware steel or glass, no shitty plastic here. 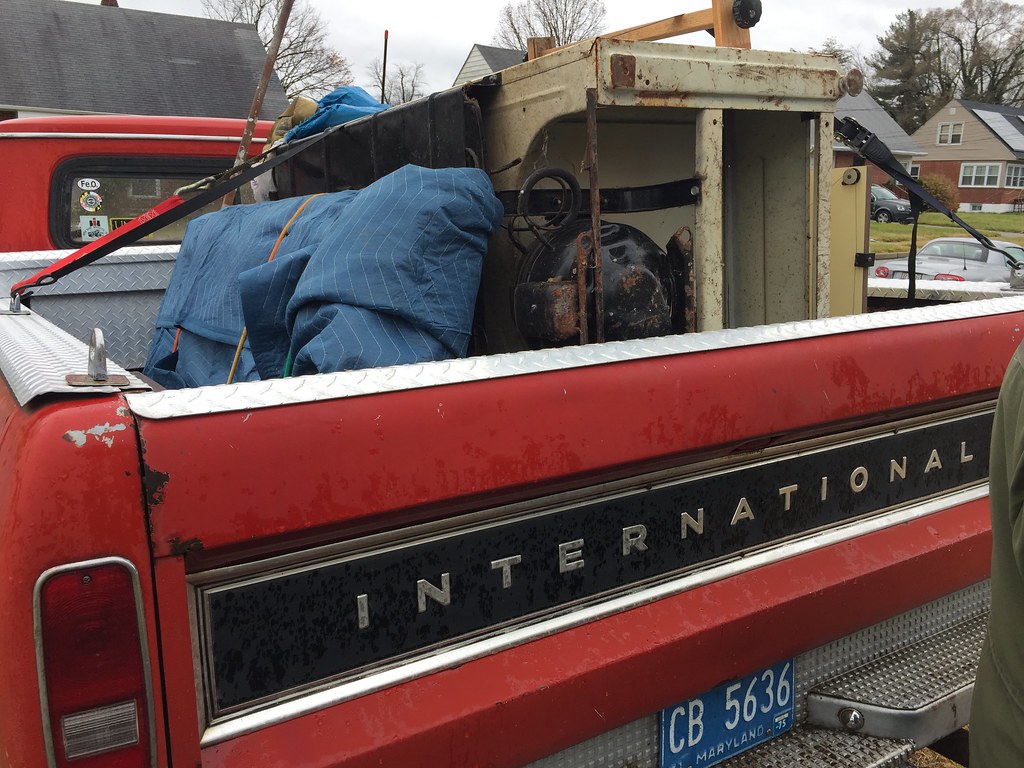 With George’s heavy-duty furniture dolly, we got it out the back door, pivoted in a tiny area, and then hauled it up the basement stairs to the backyard. From there it was pretty easy to move down the driveway, and the three of us deadlifted it up into the back of Heavy D’s bed. 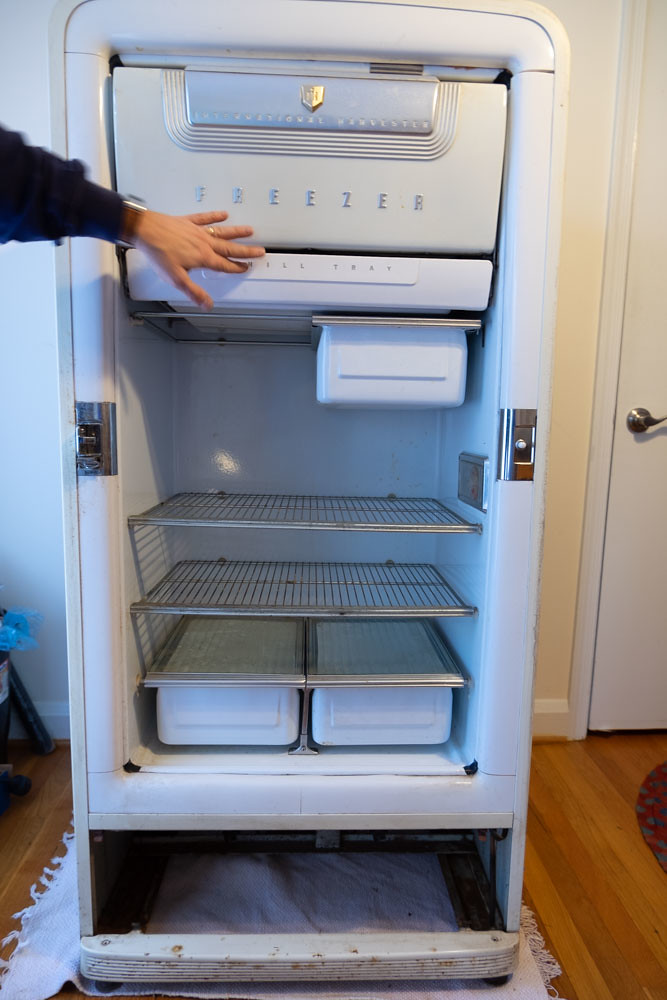 At Stephen’s house, we brought it up the back stairs and into his dining room, where we stood it upright and put all the parts back on. It’s really in fantastic shape—all the internal parts are present and not broken, which is amazing. The steel on the outside is faded but will probably polish up well after a cleaning. The chrome is all in excellent shape. And from what we understand it runs perfectly.

We hung out and shot the shit for a while, including looking over Stephen’s IH Cub tractor and his new Scout 80 project, then grabbed some lunch before parting ways. All in all, a fun way to spend a gloomy Sunday, even if it wasn’t directly truck-related.