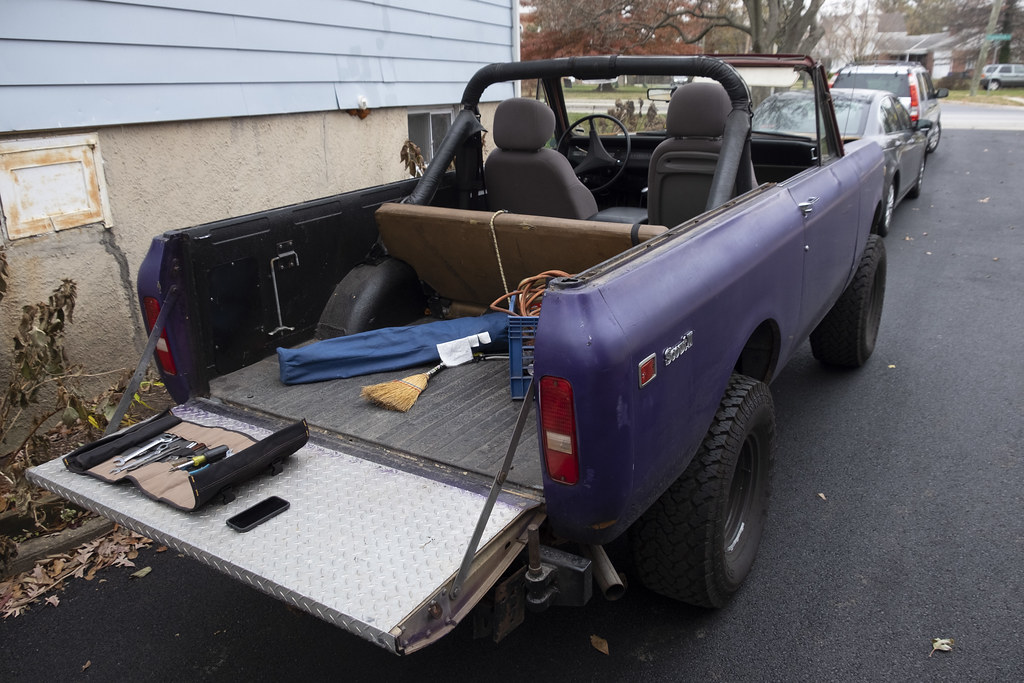 I had an afternoon to myself yesterday with the dog, so I put her on the long lead in the backyard, set up a portable heater, and pulled the soft top off the Scout in the driveway. At this point it takes about 10 minutes to get that off and then about 30 minutes to lower the hardtop down onto the bedrails, adjust it to the bolt holes, and then another 30 minutes to get it secured in place. It’s not easy to do as one person, and as I get older I’m sure it’ll take longer, but I’ve got a system that seems to work well.

I took the time to put the fiberglas panels in on the sides, which I’d pressure-washed this summer, and I was pleased at how clean everything looks in there. I need to pick up another box of stainless machine-head screws for the interior bits.

The other thing that needed attention was the driver’s door window. It ceased to function last weekend when Finn and I made a breakfast run. More generally, it’s always been a pain in the ass to raise, requiring a forward-and-backward method of cranking the window up that was just irritating. I had my suspicions about the reasons for this.

I pulled the door apart to get to the bottom of things. As I suspected, the two round retaining clips at the bottom of the scissor mechanism had popped off, which was a pretty simple fix. While I was in there, I looked over mount for the crank, which has always been missing a bolt since the truck came to me. The metal around the hole has deteriorated for reasons I can’t figure out, and thus never had a working bolt. I rummaged through my bench stock and found a spare, put a thick washer on it, and tightened it down. Then I buttoned the door back up.

Now the driver’s window rises as it should; the missing bolt left enough play in the scissor mechanism to bind it up as it rose, which required the odd method of cranking the handle to both load and release tension. Why I didn’t add this bolt in the scores of times I’ve had that door apart still escapes me. 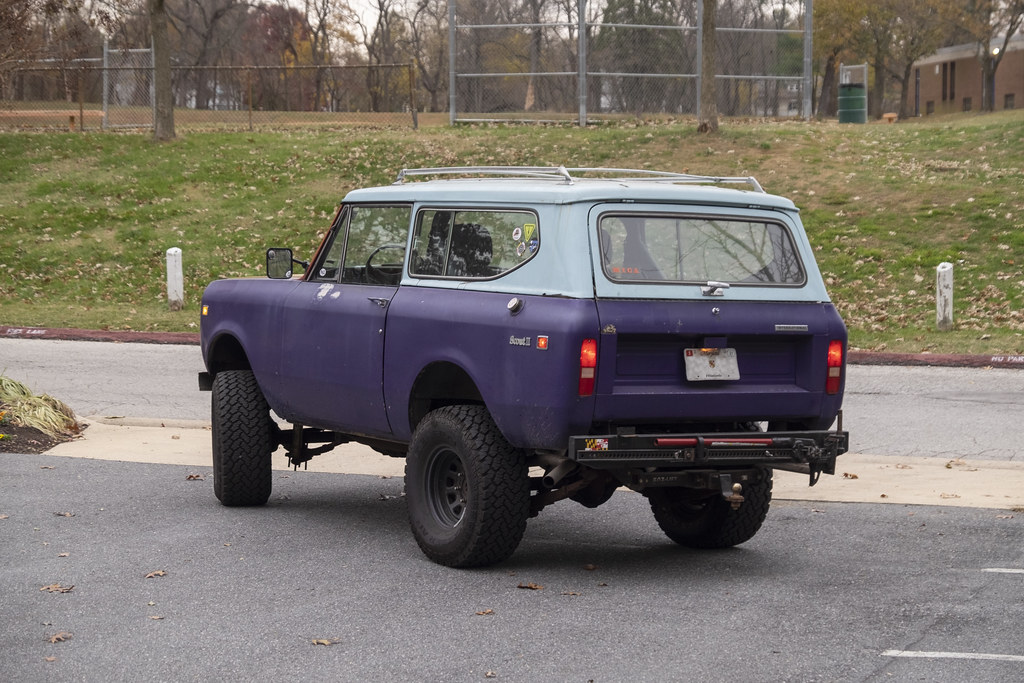 With that success, I took her out for a shakedown cruise into Ellicott City. I opened the heater valve from inside the engine bay and within minutes the cabin was toasty warm. She’s running smoothly with no stumbles, although it might be time for a new battery.