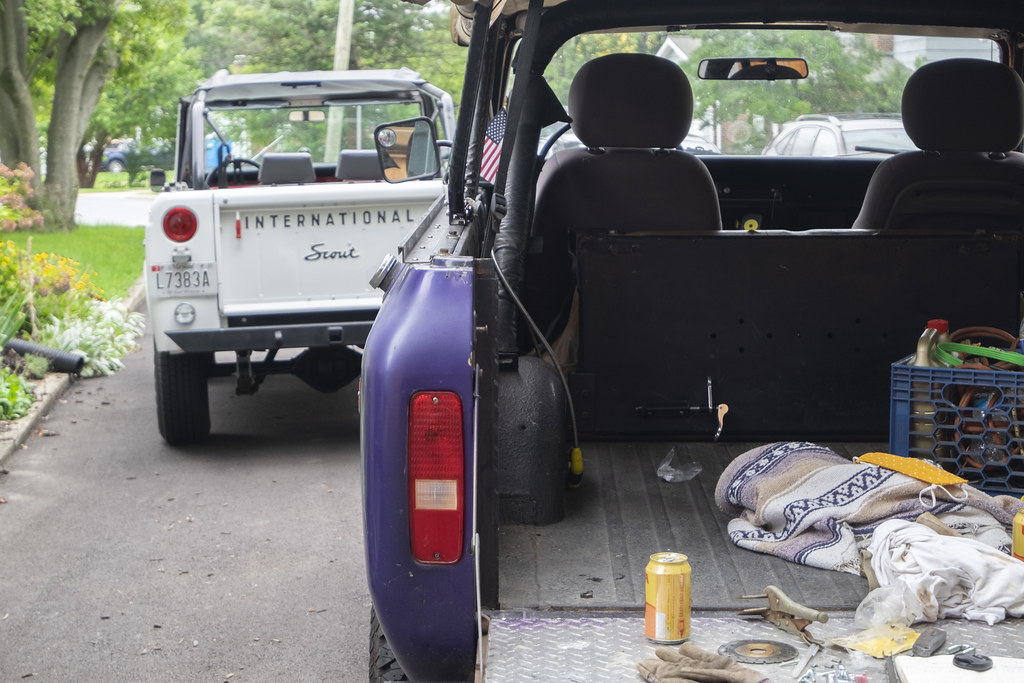 Brian dropped off his very slick welding setup on his way out to West Virginia Friday afternoon. It’s set up with a multi-voltage plug, meaning it’ll run on 230 or 115 volts, and it’s hooked up to a bottle of shielding gas. I meant to look it over on Saturday but I just ran out of time.

He rolled into the driveway on Sunday morning and we began work on securable storage bins for both our trucks. We took some time to talk over a plan, then visited three separate hardware stores to find a suitable staple. Once we’d done that and had a little lunch, we started measuring and cutting and tacking and head-scratching. 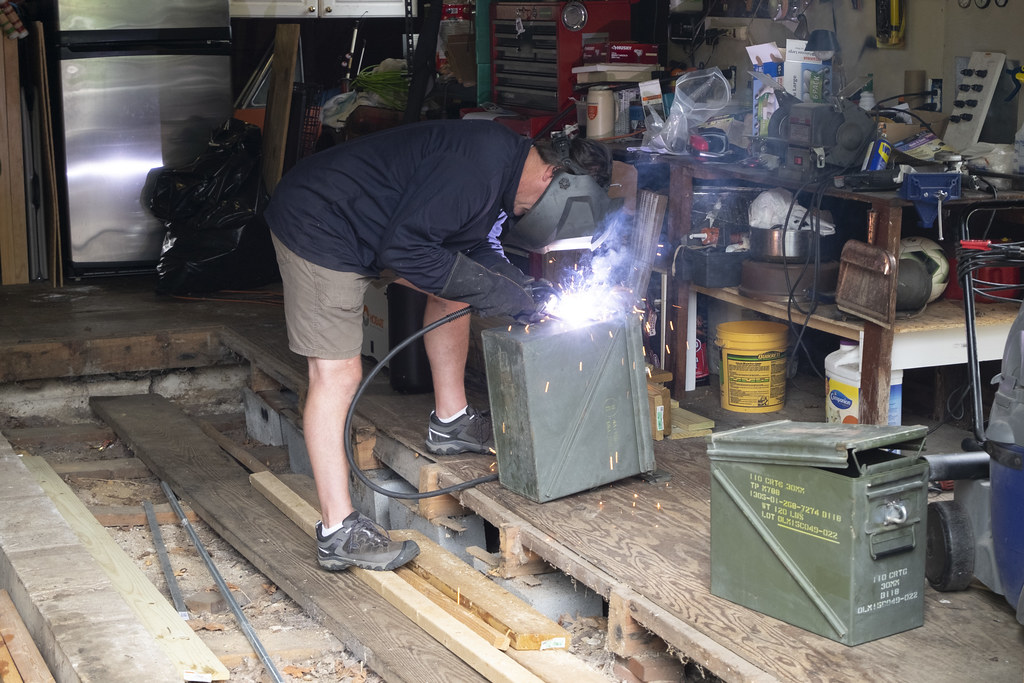 The staples went on pretty easily, and we only had to knock each of them off once to reposition.

Don’t judge my boogery weld; I haven’t done any welding in anger in over ten years.

The thing I was having more problems figuring out was how to secure the backside, but after Brian and I futzed with it a bit, we realized the lip at the top would provide 90Ëš of clearance if we bent it backwards 45Ëš, and then all we’d have to do is weld the sides of the rear latch to the bin. Once that was done, we had a locking, secure bin ready to be secured to the floor.

This is still a puzzle, because we’re trying to keep things removable and low-profile, but we’ve got a plan for the back latch and possibly a solution for the front.

In the meantime, I’m going to grab some scrap steel and go out and lay some beads down with the welder. I only put in some quick tack welds but it was fun and I miss welding so much. If I can talk Brian into it, I’d like to hang on to it for another couple of weeks until I get the bottle jack mount fabricated and completed. Only then will he be able to rip it out of my hands.