Helping Out a Friend 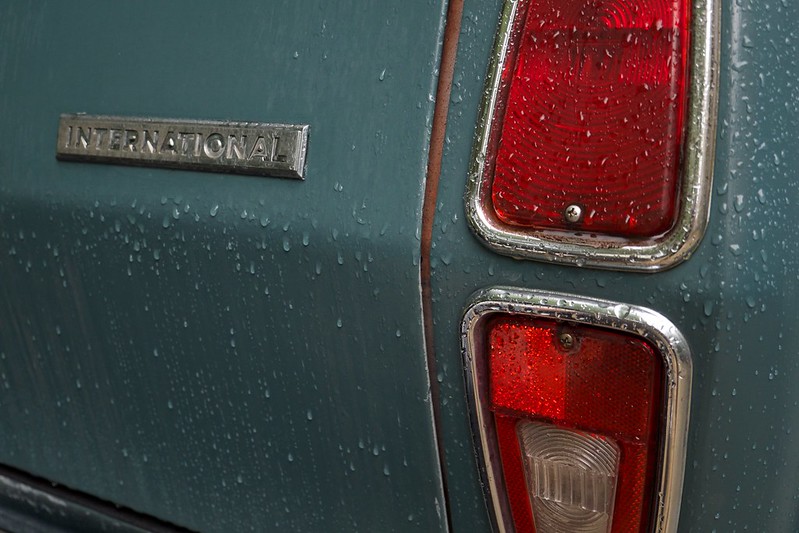 Saturday I drove over to Brian’s house to join a bunch of guys helping him transplant a refreshed 345 into his Wagonmaster. The morning was gray, and I tried every rationalization I could to drive Peer Pressure over with my Hydroboost parts to see if I could have some of the experts help me install it. As I was loading up, rain started to fall and the radar showed a huge front moving in, so I switched to the Honda and begrudgingly drove over. 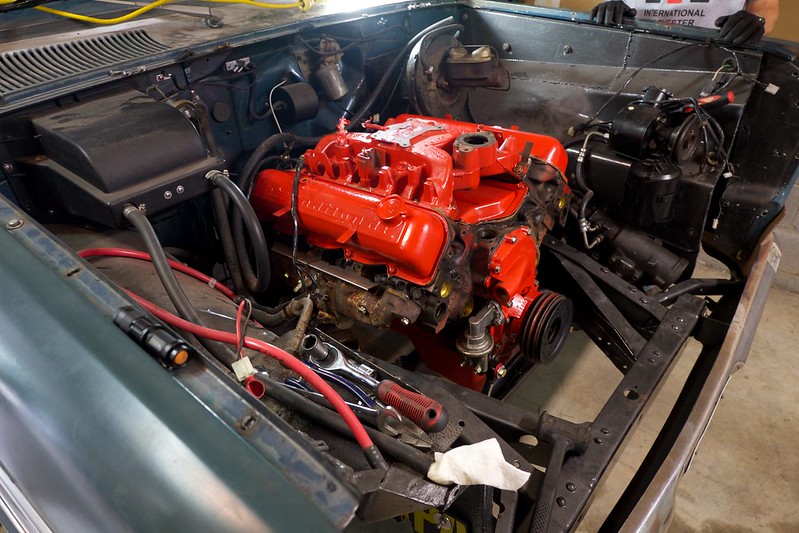 Almost everybody else had the same strategy I did, because there were only two other Internationals there out of twelve guys. 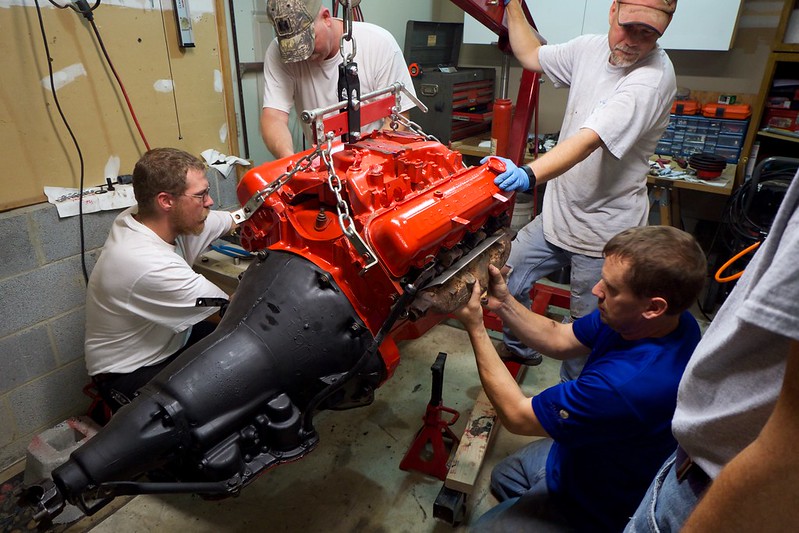 I stood around and soaked in as much of the knowledge as I could, offering help, a flashlight, or spare hand wherever I could. I’m not experienced enough by years to attempt a transplant myself, but seeing these guys do it so quickly is an inspiration. 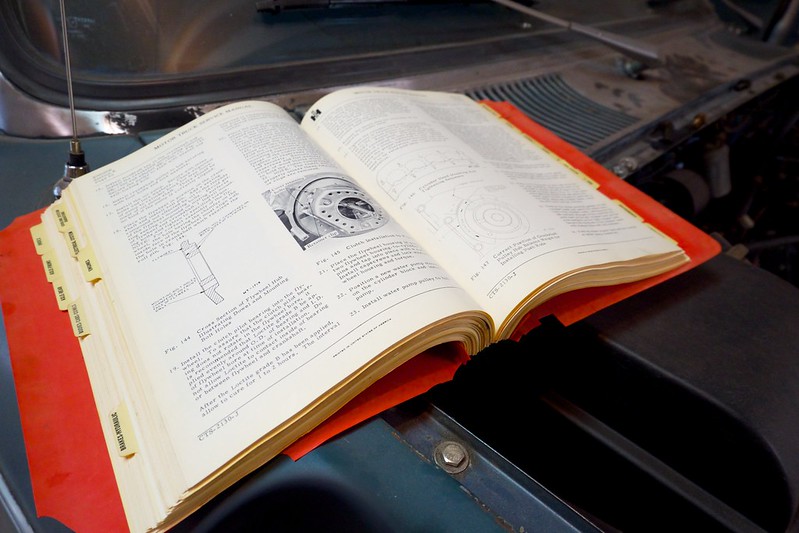 By noon the engine was mated to the transmission and in the truck, and as I left at 3:30 the carb, AC, distributor, starter, and alternator were all installed. 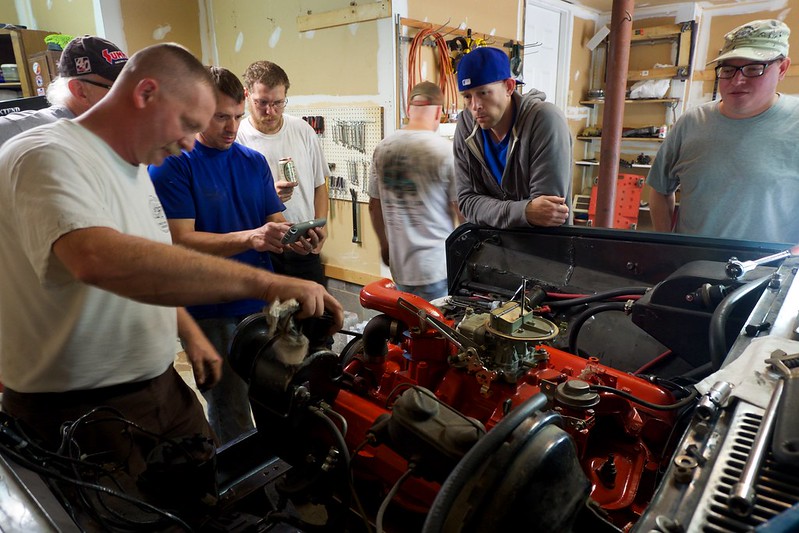 Via a Facebook post later in the day, they got it running at about 6:30 that evening. Not bad!

4 Responses to Helping Out a Friend