One of the primary reasons I wanted a Scout was because the truck was designed to be convertible by cigarette-smoking men in the 1960’s who barely considered passenger safety or crash protection. Having a soft top for the summer is a primary concern, and something I factored into the purchase of both my trucks. I was lucky—both came with soft tops. There was a decade or so where nobody was making new ones—Kayline went out of business in 2001 and Bestop decided there wasn’t enough money in it and focused solely on Jeeps. Softopper is now making new units which are by all accounts excellent, but are eye-wateringly expensive, so I feel better about hoarding them. At this point I’ve got three: 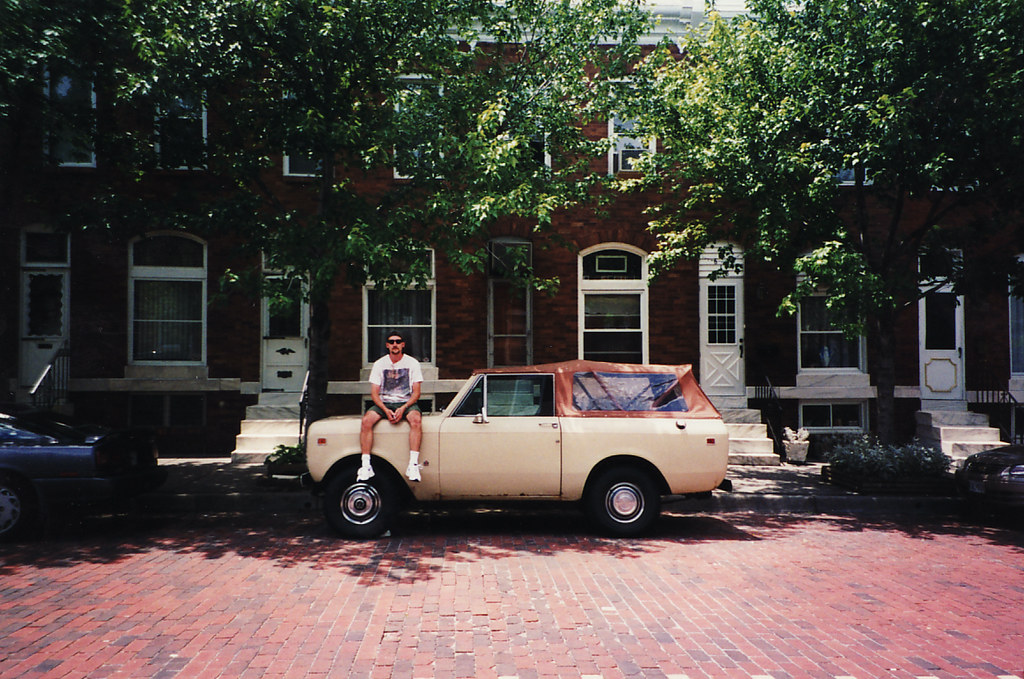 1. The original Kayline top from Chewbacca, a snap-close model, in a color called Nutmeg, which is a medium brown color. I think this would look hideous matched with Peer Pressure’s blurple, so I’ve never installed it. It’s in very good shape—the canvas is clean, the zippers are all intact, the plastic windows are clear and mostly unblemished, and it has been sitting in cool storage for ten years. When I sold Chewbacca to Brian I was going to give it to him as a completion present but got a great deal on a used tan top and gave him the choice of the two; he liked the look of the tan top better (I agreed with his preference). I have the whole hardware kit for this: a set of padded bows, metal door frames, snap bed rails, and windshield rail.

2. The black Kayline top that came with Peer pressure, a Fastrac model, in black vinyl. This was used and in somewhat rough shape when it came to me on the truck. There are a couple of holes over the rear seat which thankfully haven’t gotten any larger. The zippers are plastic and work reasonably well but some of the tracks have come unstitched on each side. The windows are still mostly clear but need a good polishing, and the plastic tracks along the bottom edges are still in good shape. I have the entire hardware kit for this top. I’ve modified this one with snaps on the canvas door flaps and metal door frames to replace the useless velcro it came with, and it makes a huge difference. 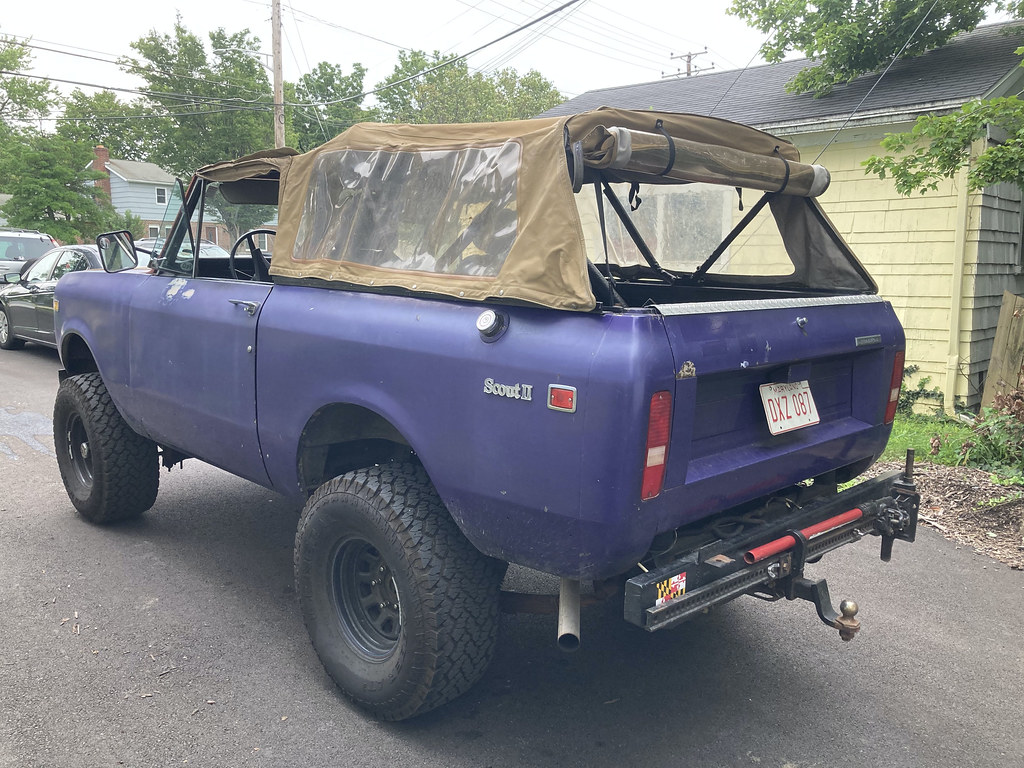 3. The $50 tan top that’s currently on the truck, which is another snap model. The canvas on this one is in excellent shape, which is shocking. The driver’s side zipper has come almost completely off the canvas, and the rain flap over the passenger door is also coming unstitched. All of the windows are very clear, but there’s a vertical split on the driver’s side about four inches long. I have the entire hardware kit for this also. I modified this with snaps around the door canvas as well.

All of these need a good cleaning and the windows need polishing. Somewhere I’ve got some Meguiar’s plastic polish that can be applied with a soft buffing wheel that will help with visibility through the windows. At some point I need to wrestle the tan top inside and restitch the zipper, or find someone in Annapolis with a sail repair business who can fix it up for me.

In the meantime, because the tan top is a snap model, I drilled one of the two snap rail sets out to match the existing holes in the bed rails. The driver’s side went on with a little finagling. Once it was mounted I found that the front snaps went on easily but the back snaps were too high by about 2″ at the endcaps. The way the top fits, the edges will never reach the snap rails, even when it’s heated up by the sun. The passenger side went on easier, and I dug into my snap replacement kit and installed four new barrels on each side so that I can (mostly) close it up with the bows loose. It’s not perfect, but it’s a lot better than it was.